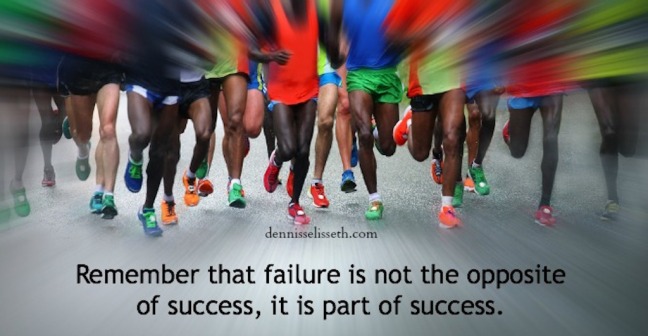 Failure doesn’t mean you not good enough or anything of that nature.

At some point in life everyone fails.  Failure is the part of success that makes you appreciate the importance of that victory!

When i was a kid in school a teacher told me: failure is just something every successful person has gone through, is the road to success.
I really didn’t understand the statement back then but later on slowly i get to understand the word “Failure” after being a victim. Yes it did happen, i failed at something sometimes but got to learn that you don’t die from failures.
Instead it makes you to humble yourself and learn how to pick up from mistakes, in-order to move on.

All the great men and women in history had one thing in common: Failure.
They often failed and failed to the essence of even quoting about failure.

Failure is only a temporary change in direction to set you straight for your next success.
— Denis Waitley

Failure is success if we learn from it.
— Malcolm S. Forbes

But there is suffering in life, and there are defeats. No one can avoid them. But it’s better to lose some of the battles in the struggles for your dreams than to be defeated without ever knowing what you’re fighting for.
— Paulo Coelho

Think like a queen. A queen is not afraid to fail. Failure is another stepping stone to greatness.
— Oprah Winfrey

If you haven’t failed yet, chances are you aren’t trying very hard. Failure doesn’t mean something bad but you trying a new thing you haven’t mastered. It only represent opportunity and growth not lost.

In an article i read earlier about failure as a tool for success, it says: “Success takes willpower, intelligence, determination, and grit. But more than anything else, it requires failure. Success is about learning how to recognize why you failed, and how you’re going to compensate for it”.
Which also means whenever we make mistakes or fail at anything, you don’t just quit.

you have to figure out what brought about the failure…
what steps are needed for you to continue or try again…
How can you change your failure to learning/success… what can you do everyday to make your next try greater.

And for you to be determined, you have to trust yourself and not that which people say about your failure. Your goal should be to impress yourself  not to impress others.
Take for example people that create event. Not all events are successful from start. It takes mistakes, failure and great experience to build a successful event.

Without going through all this, you won’t be able to truly appreciate that victory in a joyful manner !
Victory means much more to a person who has never won before than those who always win. To them they appreciate that accomplishment more than the thought of success.

Watch this video below: 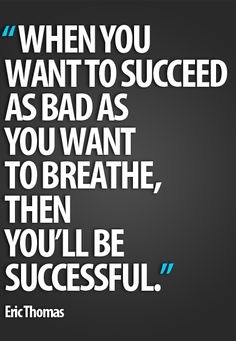 “Strength does not come from winning. Your struggles develop your strengths. When you go through hardships and decide not to surrender, that is strength”.
-Arnold Schwarzenegger 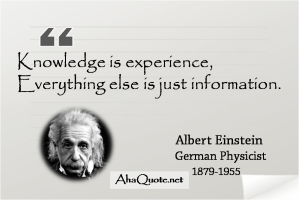 Have you ever come across the word “knowledge is power” and what are your thoughts…?

Being good at anything requires knowledge, and knowledge is the information acquired through education or experiences.

Having to know anything is very important but doesn’t mean you have the right knowledge. Right knowledge for me: is the action you apply to information or education you have acquired. This is known as experience, making the right use of that information by putting it in practice and see yourself produce/develop out of that which you’ve acquired.

Acquiring knowledge can be very simple to do with the help of reading books, doing researches or even getting information from newscast etc. There is a difference of just knowing without putting it in actions and “knowing” by doing.

It’s like you studying something on the internet/at school and saying you have the knowledge but in practice you find it difficult, because you haven’t done it before. Such knowledge can easily be forgotten.

“Any fool can know. The point is to understand.”
― Albert Einstein

Knowledge can be worthless if you don’t put it in actions or have the motivation to create something with it.

Whatever you do with that experience matters a lot because you have to be able to challenge yourself , so you can grow and learn. Sometimes you don’t succeed with that knowledge of what you know but all you have to do is start over. The more you learn to experience the easier it becomes.

As noted earlier: it is easy to acquire knowledge through different means but how motivated are you to do something with it, that’s a We could see someone doing something wrong or mistreating others and we know such is wrong , we have the knowledge of what is right or wrong but we still don’t do the right thing.  All because we not really motivated to take that right step, instead we allow fear to take over our action & knowledge.

It’s a new week…
Don’t forget to be
Awesome
Have positive thoughts! 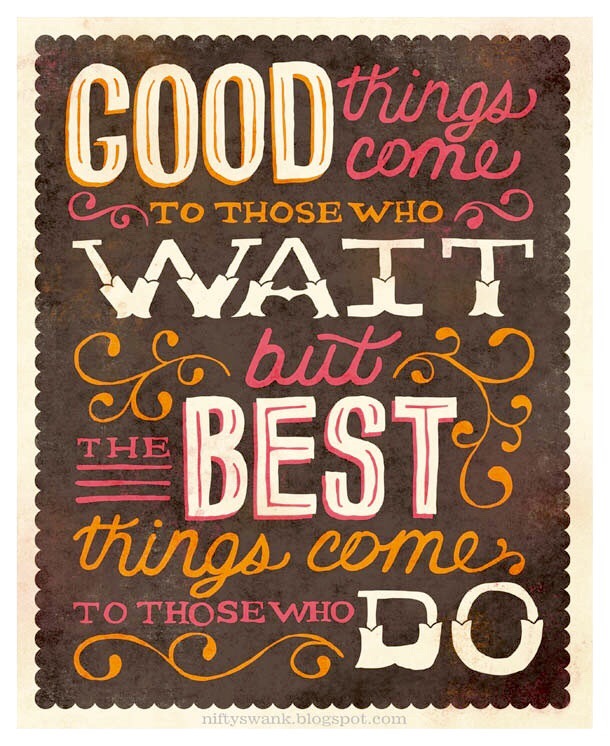 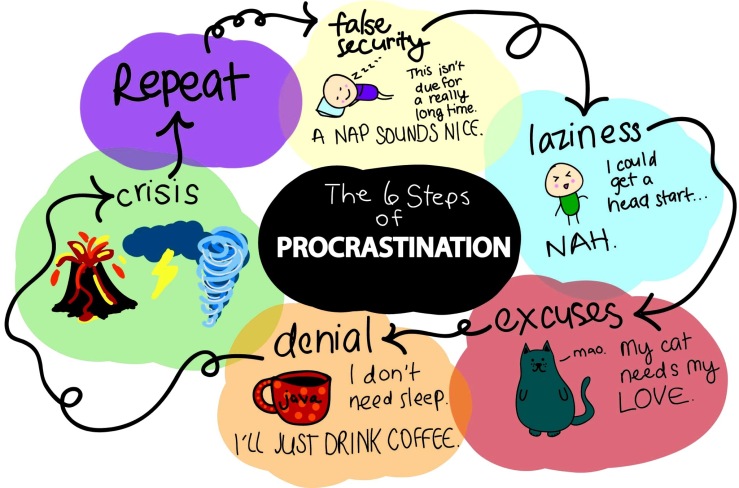 How often we don’t find ourselves at this point, doing things in repeat or having the regrets = wish I started earlier or didn’t quit at first. Now starting over again what a pain and time wasting.
Procrastinating is a dangerous thing, there is never a better timing than immediate response to tasks. Think like this: you don’t know your next hour, minute or seconds. Anything can happen when you least expect and your timing becomes too late whereby you had the chance earlier.
As quoted:

A Stitch In Time Saves Nine

IF not now when… Procrastination is that action of you ruining your own life for no reason.
This happens to everyone from time to time, so I’m not perfect as a writer but knowing the various causes of procrastination might help you to respond quickly.

1. Lack of motivation!
Our motivation can be very low and we end up finding it hard to get anything going. Let go of worries and try to discover your purpose in life, let it inspire you. It’s hard to defeat procrastination if you don’t have a purpose. We don’t procrastinate on things we love to do, which makes it difficult to think you’re going the wrong way.

2. Stress
You easily can start procrastinating when stressed and worried, don’t expect to be so productive at this point. Your only way out is reducing that amount of stress in your life. You have to balance your day, do things because you really want to and not because you have to. There is time for everything right… So as much work is being done same thing goes for play time as equally important. That way you can reduce stress.

3. Don’t overwhelm yourself.
One thing at a time, we are not superheroes, you don’t multitask yourself true reality.
The more items you give yourself the more overwhelming you become and start procrastinating. Give yourself as much as you can handle even when you trying to push your ability to do more, don’t over push. Reduce schedules of things.
In job places, I don’t personally tolerate a job that makes me overwork myself to that point of feeling overwhelmed.

Nothing is as easy as it seems.

If you’ve read my previous posts you’ll know that i’ve suffered from depression since I was about 15, over the last couple of months ive been trying my absoloute hardest to change my life and become happier but over the last week. Ive been ill and my mood has took a turn for the worse!

So I wasn’t really sure weather to do a motivational Monday post as to be honest i’m not feeling all that motivated! So yesterday like I do regualry I was online looking for quotes to cheer me up when I came across the one below,  it not only made me realise that it’s perfectly fine not to be ok but it also made me realise that my struggles have gave me so much strength! 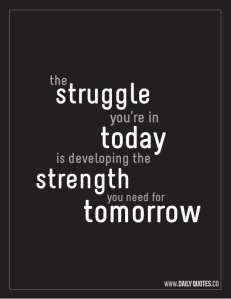 Anyone who has ever suffered from depression and even those who havent will know that despite how hard you try, not… 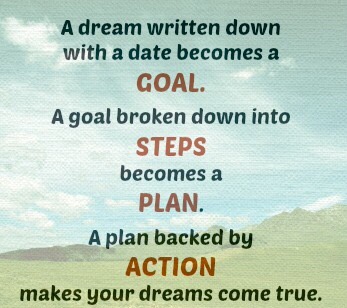